No matter what she does or doesn't do, she will always be criticised as being the ultimate pushy mother; a termagant who somehow hot-housed her great lunk of son through childhood, adolescence and early adulthood, beating the discipline and the power serves into him like some demented tennis puppeteer fired by her own thwarted ambition.

So the popular story goes. And it is so unfair and untrue. Not to mention sexist. No one ever accuses Richard Williams, father of Serena and Venus who sits ringside at all their games, of being a pushy parent.

Rafael Nadal's Uncle Toni is also his coach; but there is never a peep about Toni being overbearing or obsessed in the way that there is - constantly - about Mrs Murray. Yet she, too, is a tennis coach in her own right. Although she has been divorced from her former husband, Willie, for many years, the Murrays remain a fractured but friendly unit. And it is interesting that Judy Murray's two sons remain good friends, despite the younger Andy turning out to be better at the sport than the older Jamie.

Surely this heartwarming support is another testament to good parenting skills? Such fraternal harmony cannot have been easily won. In many families, having a child prodigy can cause more pain than gain, with the gifted child bringing a difficult set of family dynamics to the home. Then the feelings of failure suffered by the less gifted sibling.


And while they may have had their problems, the robust Murrays seem well adjusted and happy. So well done again, mum. You have done nothing wrong in my book, even if we do live in a culture that seems to oscillate in extremis between ambitious parenting and total non-parenting with frightening ease. Some babies are played womb songs before birth, shown language flash cards, hustled into ballet and maths classes before they can barely walk. Others are left to grow up themselves, untended and unloved, roaming free like weeds.

Which is better? Or rather, which is worse? Judy Murray nurtured; she did not crush or over-cultivate. In doing so, she helped her son become one of the best on the planet at what he does. Andy Murray is the fourth-ranked player in the world for God's sake; not fourth on the list to play Joseph in the school nativity play. No wonder she screams now and again; they have all come so far in such a short time. They were lucky enough to go to the local high; one of the best state schools in the country. Still, it can't have been easy for the family having a tennis genius in their midst.

During the day, its population 'comprises mothers and retired people - this is the reason why the shops are so poor'. Judy Murray was not one of the mothers complaining to the council about the lack of fish fingers or coconut shampoo in the local supermarket. Instead, she was urging her son on to be bigger and better; she was facilitating his rise to the top.

Along the way, she helped him make that difficult transition from talented childhood to adult accomplishment, and their relationship today seems to be one of pleasing synergy and affection. For this, she is castigated? I would say there is nobility in what she has achieved, both as a mother and a friend. So we should give poor, gurning Judy a break. He hangs around the England football squad the way that David Brent used to haunt the Wernham Hogg offices after he had been sacked.

Now he texts Andy Murray offering support and annoys other sporting heroes like an obsessed fan. 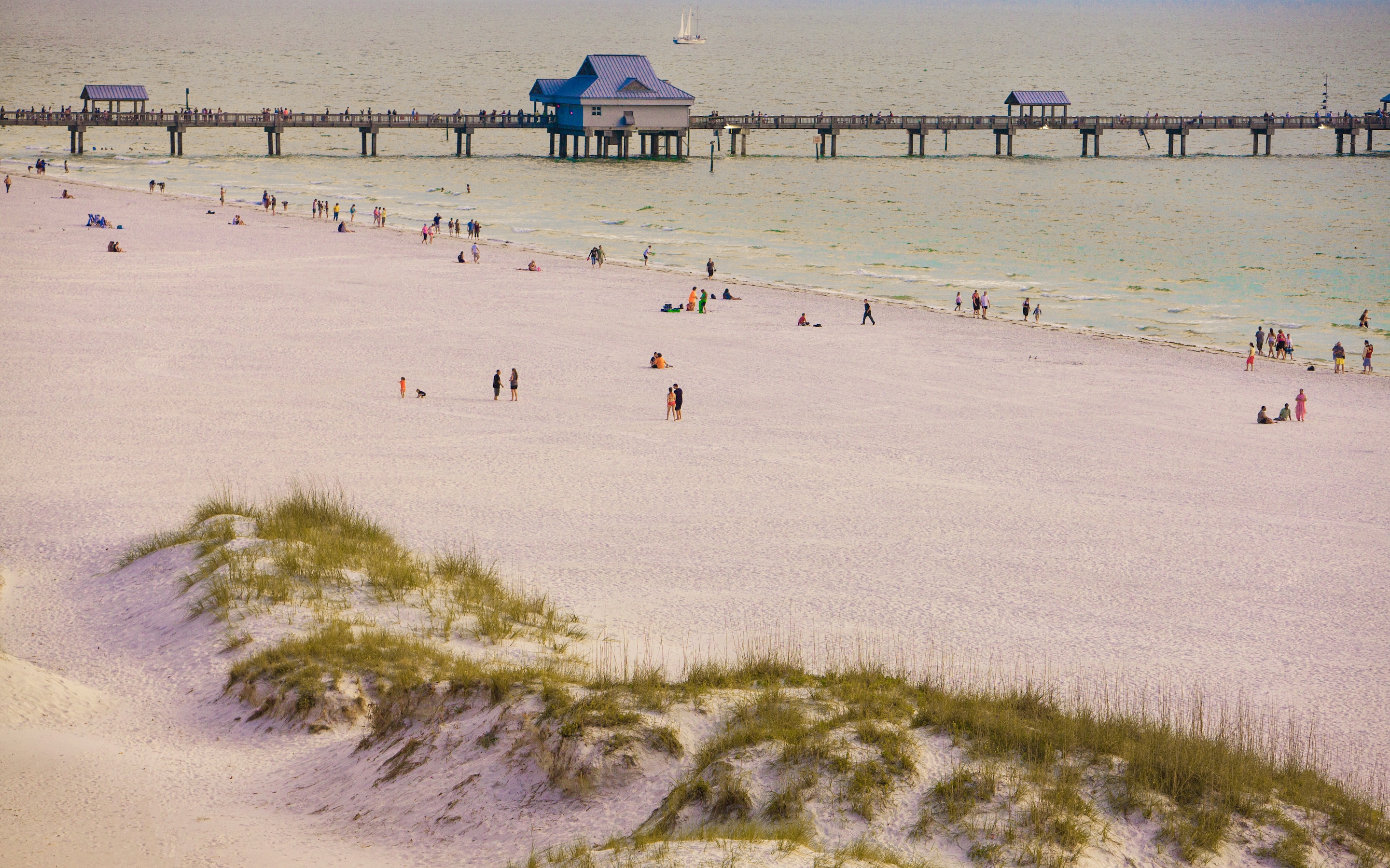 He's Blind Pugh passing around the black spot of loserdom. You can read the inspiring Window Wanderland story, and maybe even create your own magical trail, by visiting www. And if you're inspired to organise your own event, don't forget to send us some pictures!

Here at jacquielawson. At heart we're traditional artists, not computer technicians! We've also tended to stick to fairly traditional artistic styles, realistically depicting tranquil country scenes, rich floral arrangements and other still life designs. And dogs, of course! But as artists ourselves, we're fascinated by all forms of art, ancient and modern, and recently we started to think: why not explore some more adventurous schools of art in our ecards? Cubism, maybe, or Futurism or Dadaism or Surrealism We decided to start with just four cards in four contrasting styles, and the successful candidates were: a jazzy mid-century modern design with a jazzy musical track to match , a sumptuously curvy Art Deco concoction, a surreal tea party with anthropomorphic animals and correspondingly weird sound effects , and a gentle watercolour design inspired by traditional Chinese painting, accompanied by the equally tranquil music of Erik Satie - himself a leading light of the Paris avant-garde art scene in the early s.

All these new cards can be seen - and sent - in our new JL Modern collection. We're very excited to find out what our members think - and perhaps more importantly, what reaction you get from the recipients! So once you've seen and sent a few, please consider taking part in our survey. Back in , when jacquielawson. If someone invented an electronic sausage now, it would probably be called an e-sausage.

The hyphen makes it clear that this is not a normal sausage, but a special type of sausage: namely, an electronic one. As time has passed, the internet has wormed its way into almost every aspect of our lives, and even if e-sausages are not yet available on your butcher's counter, e-cards have certainly become a familiar method of correspondence.

As a result, the hyphen in "e-card" has lost its purpose, and the word ecard has entered common usage. But in the modern world, orthography is sometimes determined not by the publishers of dictionaries but by the commercial necessity of optimal search engine rankings. And bizarrely, at the time of writing, if I type "dog ecard" into Google, the first entry is Blue Mountain the cheek of it!

The problem is that most people search for ecards rather than e-cards! So we've decided to bite the bullet and consign our hyphens to the mists of history. And very soon, some poor soul is going to be given the job of going through the entire jacquielawson. But as Juliet observed long before ecards were invented, a rose by any other name would smell as sweet. We were recently discussing the choice of music for a card inspired by traditional printmaking techniques, and someone suggested some lute music by the Renaissance composer John Dowland.

Objections that 16th century music made a poor match for the 20th century artistic style of the card were brushed aside: apparently this was exactly the sort of music to which a 20th century artist might listen while working on her printmaking! The next task was to choose a specific piece, and My Lady Hunsdon's Puffe was selected partly because unusually for Dowland, it's cheerful!

Dowland was so well known for his melancholy style that he self-consciously named one of his pieces Semper Dowland, semper dolens Latin: Always Dowland, always lamenting. But what exactly he meant by My Lady Hunsdon's Puffe is something of a mystery. But Lady Hunsdon pictured below was a prominent figure at the court of Elizabeth I, and a Lady of the Privy Chamber, no less: it's hard to imagine her huffing and puffing as she danced an almain! Like most modern instruments, the modern concert flute is essentially right-handed. But over the years more complex keys and levers were introduced to the classical flute, culminating in with the Boehm system which is still in use today; and to accommodate these changes, at some point someone decided that henceforth, all flutes would poke out to the right of the player.

There is some sense in this discipline: imagine a cramped concert hall, or a marching band, perhaps, with flutes poking out in different directions! And to play the flute well, both hands need to be equally dextrous anyway. Keep an eye on our newsletters for more details. We've played both his delightful Arabesques for piano the second features in a card due for release in a few weeks , three of the four movements of his Petite Suite , and a movement from Estampes.

Music lovers who are keen historians may also have spotted that this year is the centenary of Debussy's death in March at the relatively early age of 55, and may have concluded that we're consciously marking the occasion with our choice of music. But in fact it was just coincidence, at least to begin with. Pagodes and the first Arabesque simply seemed like a perfect match for our Chinese New Year and Valentine releases respectively, and then one idea led to another in the same vein and we kept finding perfect matches.

The centenary just gave us a brilliant excuse for sticking to the theme! The Petite Suite in particular is a delightful collection. So the orchestration you hear on our ecards is our own. A few months ago, on a cold January day, we met for an afternoon at Rodmarton Manor opens a new window , the beautiful Cotswold home of the Biddulph family. The house was built, and all its furniture made, in the early decades of the 20th century, according to the ideals of the Arts and Crafts movement, which valued well-designed, locally-sourced, hand-made products in a reaction against poor quality industrialised manufacturing of the late Victorian period.

During the Second World War, Rodmarton became home to children evacuated from a London school under Operation Pied Piper, the wartime program devised to protect children from aerial bombing of cities. Quite by coincidence, we discovered just before our visit that amongst the young girls sent there in was one Ann Forsyth, elder sister of our very own Jacquie Lawson. Many thanks to John Biddulph, grandson of the original owners, for welcoming us to the house outside the normal season, and for his very interesting tour.

So for a while now we've been wondering how we could recreate the magic of an Advent Calendar in a product for year-round use. And if you've been following our newsletters, you'll know that we've just released the new Jacquie Lawson English Garden opens a new window with that aim in mind. Part of the fun of an Advent Calendar is the daily reveal of something new, so one question which exercised us for many hours was how to manage the garden's internal calendar.

Should we unlock something new every day, starting from the date you first open the garden? Should we just let you access everything on Day 1? We wanted that element of excitement, with something new appearing each day, but we didn't want to force the user to a rigid timescale. So you can miss several days and when you come back, the calendar will only have advanced by one day.